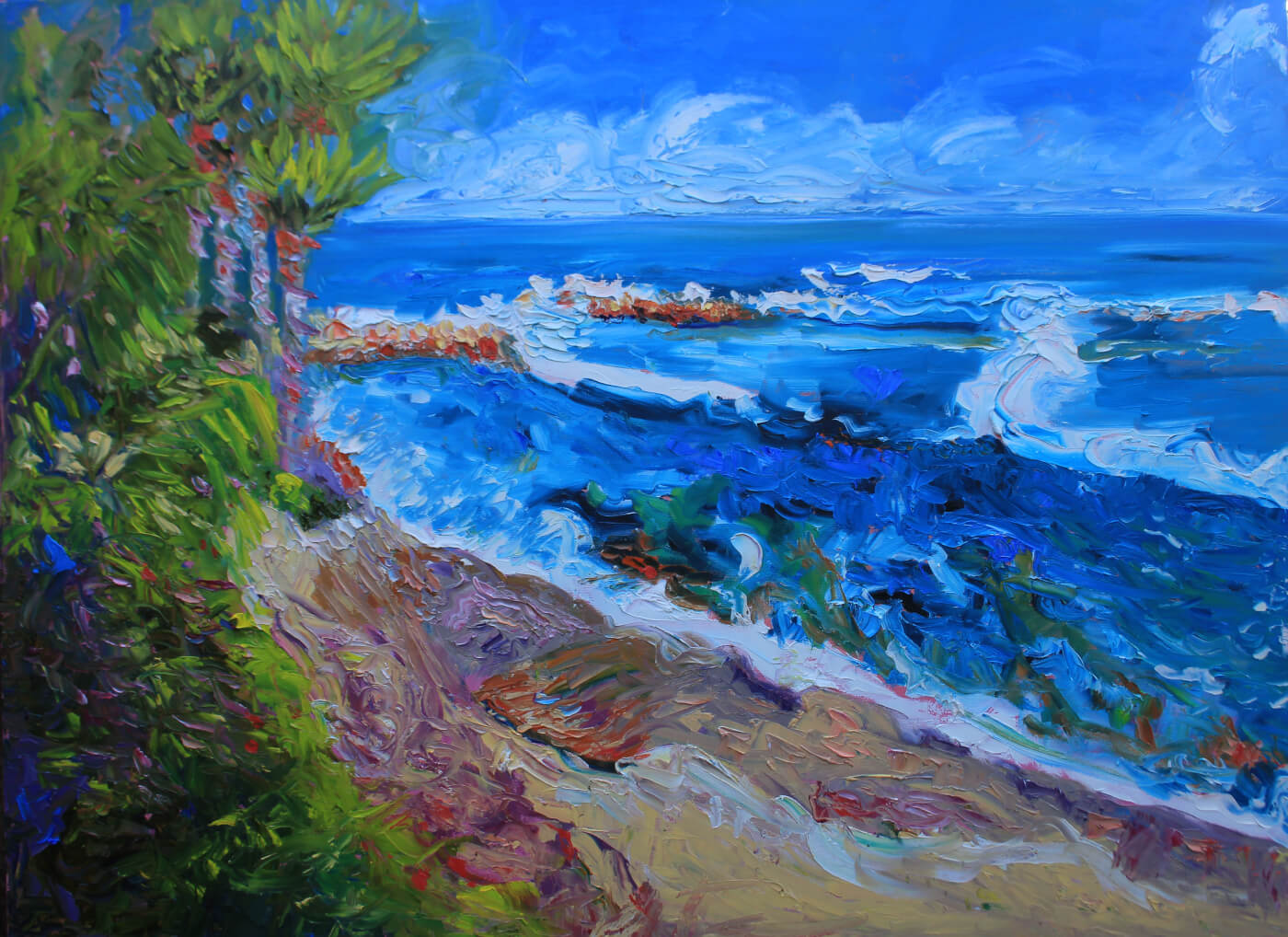 This Oil painting of Laguna Beach was inspired by the beauty of the West Coast.
Laguna Beach is a small coastal city in Orange County, California.
It’s known for its many art galleries, and it’s artist community. It has a beautiful beach, marvellous coves and tide pools, and mild year-round climate
The scenic beauty of the isolated coastline and hills attracted plein-air painters in the early 1900s. The first art gallery opened in 1918 and later became the Laguna Beach Art Museum.
It was part of Mexico until it became part of the United States following the Mexican–American War. Laguna Beach was settled in the 1870s after the American Civil War.
The city has remained relatively isolated from urban encroachment by its surrounding hills, limited highway access, and a dedicated greenbelt.
The Laguna Beach coastline is protected by 5.88 miles (9.46 km) of state marine reserve and an additional 1.21 miles (1.95 km) of state conservation area.

I recently spent a month in The United States. This was a truly wonderful experience.